Chasing Norwegian landscapes under the starlight 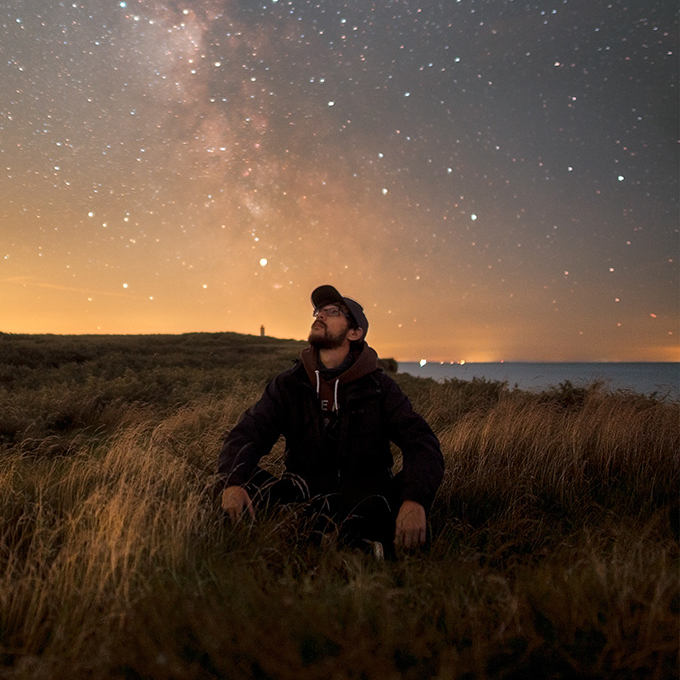 Chasing Norwegian landscapes under the starlight
Being a nightscape photographer is not an easy thing. It requires not only a beautiful shot of the night sky, but also an interesting foreground. Living in Denmark, where more than 60% of the country’s area are fields used for agriculture, I often find myself traveling to our neighbours; in a short 3 hours on a ferry you are on the south coast of Norway!
This August I decided to visit the Norwegian fjords to do some hiking, while also photographing the Perseids, one of the most spectacular meteor showers with up to 140 meteors per hour. Some people told me that I would be disappointed during the trip, as the fjords is one of the rainiest places in Norway, especially in the summertime. But thankfully, the first 4 nights of my adventure were clear and the sky was full of stars.

The plan was to visit Folgefonna National Park to photograph the Perseid meteor shower, and then head off to hike the famous Trolltunga (Troll’s Tongue) for the third time.
As every road in the fjords is steep and curvy, I decided to take my journey slowly and spent the first night on the Haukelifjell mountain pass at 1100 metres above sea level. The air temperature was about 4 degrees Celsius (it was 17C before I reached the mountain pass), so I had to put on some extra layers and wear gloves to cook my dinner.

Billion-star hotel.
Canon EOS 6D + Samyang AF14mm F2.8 EF
The next morning, I headed off to Åkrafjorden to do some hiking by Langfossen waterfall. After about one arduous hour of hiking, I finally reached the top of the mountain plateau and was amazed by the view opening towards the Åkrafjorden and the surrounding Folgefonna National Park! Åkrafjorden and a tiny bit of the Folgefonna glacier on the right side.
Canon EOS 6D + Samyang MF 24mm F1.4
After the hike it was time to hit the road again – my final destination of the day was the glacial lake Insta Mosevatnet, located by the southern arm of Folgefonna glacier, the third largest glacier in mainland Norway. The road up to the parking lot consisted of several ups and downs, sharp turns and sheep relaxing on the narrow mountain road. After 20 minutes of shifting gears while driving up the final elevation angle of 20% in my tiny Peugeot 107, I finally reached my camping spot for the night. The views were absolutely incredible and the weather was fantastic! As the Perseid’s were to peak that night, I was extremely lucky both with the location and weather conditions. Lake Insta Mosevatnet and Folgefonna glacier in the sunset light.
Canon EOS 6D + Samyang AF14mm F2.8 EF
As I was in Norway only a few days before the return of the dark nights, the northwestern part of the sky was illuminated with a beautiful midnight glow; during this time of the year, the sun sits only 15 degrees below the horizon. Looking towards the mountain road.
Canon EOS 6D + Samyang AF14mm F2.8 EF + iOptron skytracker
I was extremely happy with the photos of the meteor shower in this truly amazing location, so I decided to spend one day relaxing before the challenging hike to Trolltunga. Camping in the small village of Bondhus, I visited one of my favourite places in the fjord area – the glacial lake Bondhusvatnet. Lake Bondhusvatnet and western arm of Folgefonna glacier in the background.
Canon EOS 6D + Samyang AF14mm F2.8 EF
The next day was the second culmination of my trip, as the hike to Trolltunga is one of the most challenging hikes in Norway – after reaching an elevation of 1100 metres above sea level, there are still another 13 kilometres more to travel till the destination point (just remember, the average person’s walking speed is approximately 2.5 km/h). The trail goes through rocks, valleys, several ascending and descending points, and can become really muddy if hiking after rain. With rapidly changing weather conditions and no mobile network at all, the hike becomes even more surreal.
As I have mentioned before, it was my third hike to the ‘Troll's Tongue’ in the past 3 years, but this time it was the most challenging one. After carrying a 20 kg backpack (that’s more than 1/3 of my body mass) full of food, camping and camera equipment for 28 kilometres in the mountains I was left with the very unpleasant souvenir of knee and shoulder pain for almost a week after the hike.
But the result was worth every single second spent during the hike. One of the images was even featured as NASA’s Astronomy Picture of the Day (my third APOD this year so far), which is one of the most honourable awards for an astrophotographer. 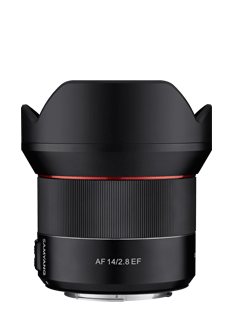 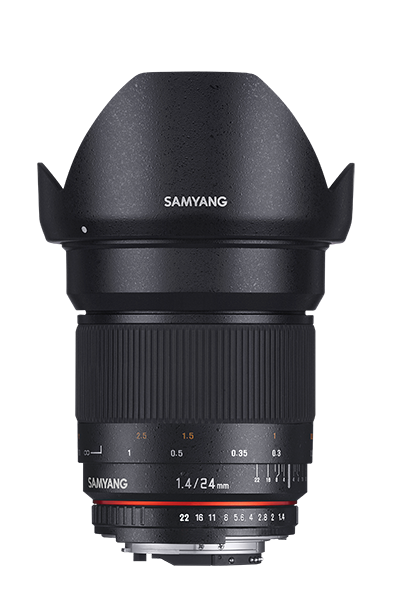 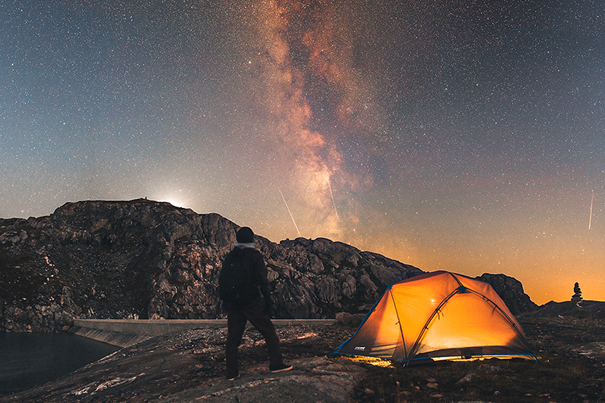